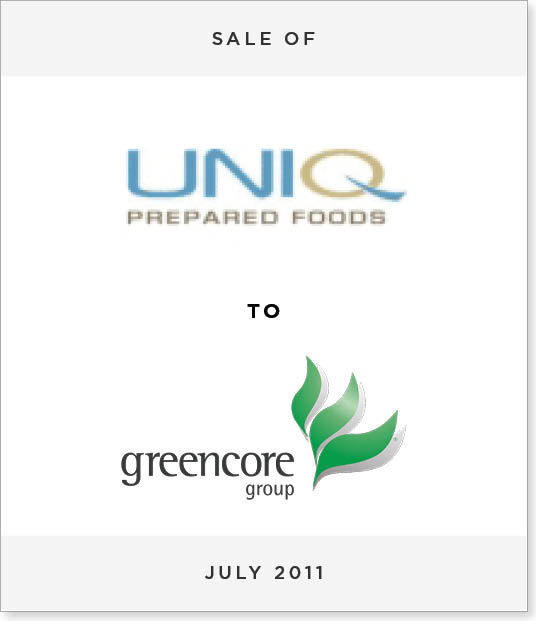 Uniq plc (“Uniq” or the “Company), a c.£300 million turnover UK chilled foods player whose customers include Marks & Spencer, underwent an “equity for deficit” restructuring earlier in the year. Angel Street Limited (in Administration) (“Angel Street”), formed in anticipation of the restructuring, took on Uniq’s disproportionately large defined benefit pension deficit in exchange for a 90.2% shareholding in the Company.

As part of the restructuring, Angel Street was placed into administration on 24 March 2011. Keith Hinds and Daniel Taylor, both of Grant Thornton UK LLP, were appointed as joint administrators (the “administrators”). The Trustee to the pension scheme is its sole creditor but the administrators are consulting closely with the Pension Protection Fund.

Angel Street and Uniq appointed Spayne Lindsay in April to run the process to sell the Company. The process attracted interest from a number of food industry players and private equity. Last week a recommended cash offer for Uniq was announced by Greencore, the Irish-listed international convenience foods manufacturer, valuing the issued share capital at approximately £113 million.

Spayne Lindsay is delighted to have worked with all parties to help deliver this great result within an ambitious timetable.

“It is a good offer from a strong business that provides an excellent strategic fit and, as such, represents the best outcome for employees, pension members and shareholders, as well as an exciting opportunity for Greencore”

The transaction is conditional upon the consent of Greencore’s shareholders (although 37% have irrevocably committed or provided non-binding letters of intent to vote in favour) and competition clearance in the UK and Ireland.