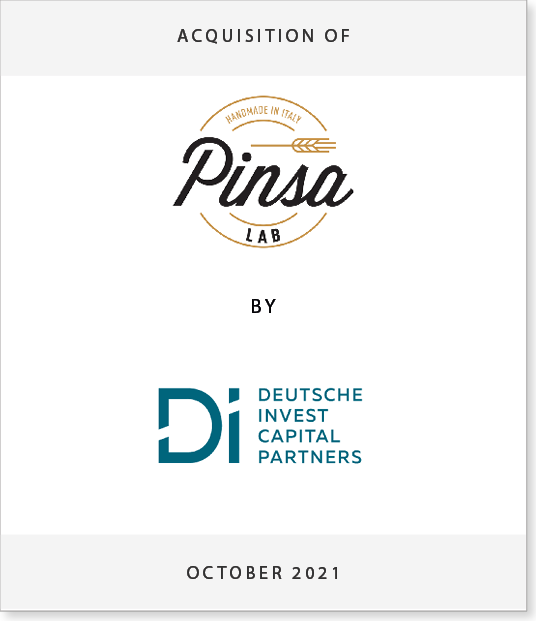 Spayne Lindsay is delighted to announce that it has advised Deutsche Invest Capital Partners (“DICP”) on the acquisition of Pinsalab from a group of private investors.

Founded in 2017 in Reggio Emilia (Italy), Pinsalab produces pinsa, a premium hand-made, pre-baked dough made of rice, soy, and wheat flours. Pinsa uses more water than the usual pizza dough and undergoes a longer levitation process of at least 24 hours. The mix of flours and the artisanal process guarantee a lighter crispy crust with a fluffy centre as well as fewer calories, lower fat and less sodium. The Company serves a significant portion of the main Italian food retailers, mostly through its own brand Pinsami, as well as a large contingent of foodservice operators.

The company has enjoyed strong top-line performance on the back of exceptional growth of the Pinsa segment, generating annual triple digit percentage growth since its foundation. DICP will support the ambitious future growth plans of the Company, which include expanding production capabilities, the product offering and international sales.