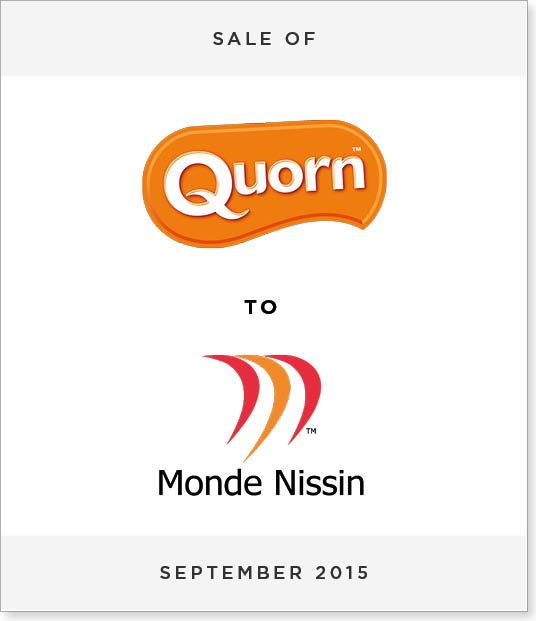 “Spayne Lindsay has been a great partner for Exponent on Quorn. They advised us on the original investment, using their strong industry relationships to help source the deal; invested alongside us as helpful shareholders, and then acted as our strategic advisor on the exit process, using their international network to bring Monde Nissin as the buyer”

Spayne Lindsay is delighted to announce that it has advised Exponent Private Equity on the sale of Quorn Foods, one of the most exciting sustainable food companies in the world, to Monde Nissin Corporation for a consideration of £550 million. The strength of Spayne Lindsay’s consumer-focused international network helped it to identify and introduce Monde Nissin, a leading consumer goods company in the Philippines, as an attractive buyer that was prepared to pre-empt the sale process.

The origins of Quorn Foods go back to the 1960s when mycoprotein, the ingredient unique to Quorn Foods, was first identified. The business went through a number of owners before being acquired by Exponent Private Equity (advised by Spayne Lindsay) from Premier Foods in 2011 for £205 million. Under Exponent’s ownership and the current management’s stewardship, Quorn has become one of the UK’s fastest growing food brands and the clear market leader in meat substitutes in the UK. The company has built a rapidly growing international business, currently selling into 15 countries globally, and has ambitions to be the world leader in meat alternatives.

The transaction is expected to complete by 30 October 2015.