Acquisition of YO! Sushi by Mayfair Equity Partners 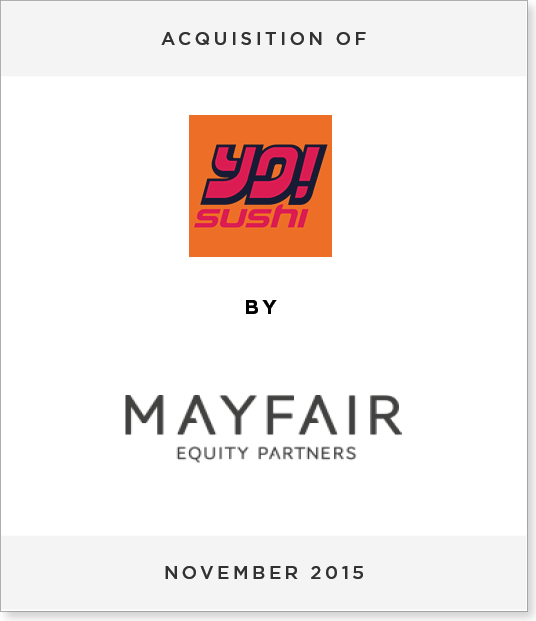 Spayne Lindsay & Co. advises on the acquisition of  YO! Sushi by Mayfair Equity Partners.

Spayne Lindsay is delighted to announce that it has advised Mayfair Equity Partners (“Mayfair”) on the acquisition of YO! Sushi, the leading Japanese fast-casual dining concept, valuing the business for £81 million.

Since its inception in 1997, the business has evolved from a niche concept into one of the most recognisable brands in the UK. Mayfair’s investment will provide additional capital to support YO! Sushi’s plans for ongoing site roll-out in the UK and internationally, including the continued development of the concept in the US market.

Commenting on the transaction, Waqqas Ahmad, Partner at Mayfair, said:

“Spayne Lindsay worked closely with Mayfair throughout the transaction, utilizing their extensive knowledge of the restaurant sector to provide advice on all aspects of the deal.  We were delighted with their support and look forward to continuing our relationship on other opportunities in the future”.