Merger of YO! & SnowFox 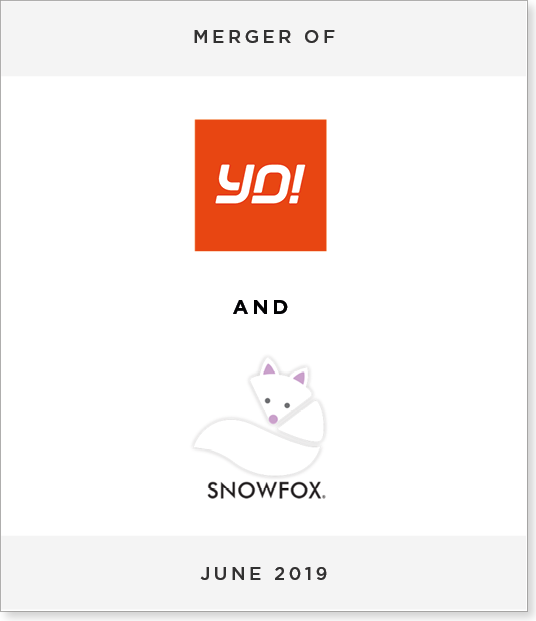 Following this merger, the expanded group, made up of SnowFox, YO!, Bento Sushi, and Taiko Foods, consists of four fast-growing businesses with $425 million of sales (including franchisees’ sales), of which nearly two-thirds originates from North America.

SnowFox, founded in 2005, is the third largest sushi kiosk business in the United States, managing over 700 fullservice sushi kiosks across 25 U.S. states, primarily in supermarkets. The SnowFox sushi kiosk model helps retail partners ride the rising tide of sushi’s popularity with kiosks in visible, high-traffic areas of their stores by placing a high priority on food quality and customer engagement.

YO! is continuing with its strategy to diversify its business model by creating a global multi-channel, multi-format Japanese food business. With this merger, the expanded group will be partnering with leading retailers across North America and the UK, including; Kroger, Loblaws, Walmart, Sobeys, Waitrose, Sam’s Club and Tesco, as well as operating 1,400 kiosks, seven central kitchens and 89 restaurants. This partnership firmly establishes a leadership position in each geography and provides innovation partnership opportunities to enhance the group’s B2B and B2C offerings.