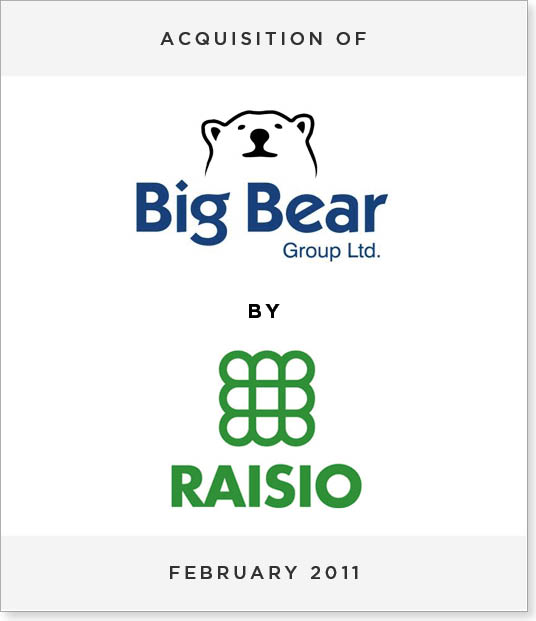 Raisio plc announced on the 4th February 2011 the acquisition of Big Bear Group for an enterprise value of £82 million.

Raisio plc is a Finnish company established in 1939, whose shares are listed on NASDAQ OMX Helsinki. It employs 1,250 people and operates in 10 countries. The Group’s main markets include Finland, Sweden, UK, the Baltic countries, Russia, Ukraine and Poland. Following the acquisition of Glisten plc in 2010, Raisio has been looking for further acquisitions for its Western European brand operations into which Big Bear Group will be integrated. The UK will now be the largest market for Raisio’s food business with €140-150m annual sales.

Spayne Lindsay is delighted to have introduced the deal to Raisio and advised them on the acquisition of Big Bear Group.