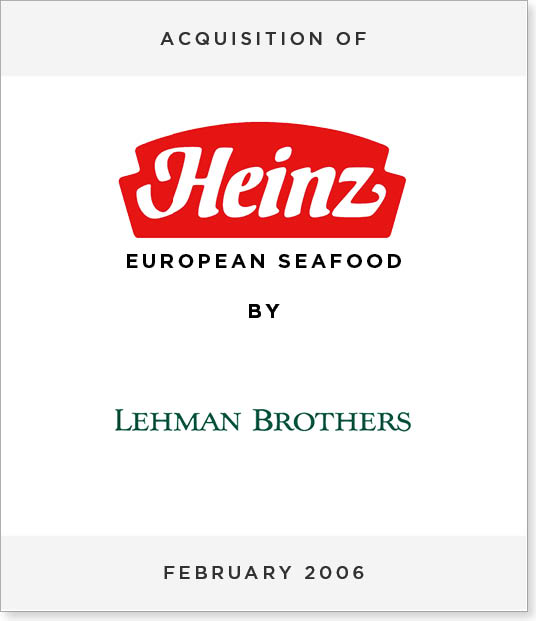 Lehman Brothers Merchant Banking (“LBMB”) has agreed to acquire the European Seafood Business (the “Business”) of H.J. Heinz Company for €425 million. The Business comprises the No. 1 seafood brands in the UK and France, being John West and Petit Navire respectively, and has annual sales of over €400 million.

Spayne Lindsay & Co. played a leading role in advising LBMB on this complicated transaction, having assembled an experienced MBI team consisting of three former senior Heinz executives and combining them with LBMB in order to facilitate the transaction. Spayne Lindsay also developed a detailed business plan and advised LBMB throughout due diligence and negotiations, in what was a highly competitive auction for the Business.