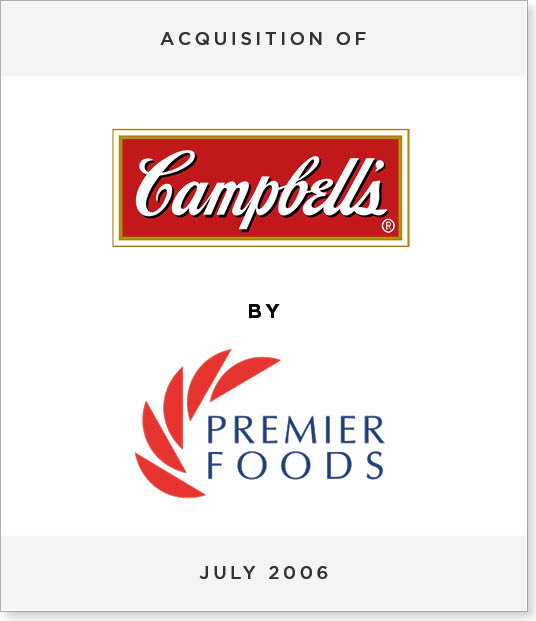 Spayne Lindsay & Co. LLP advises Premier Foods plc on the acquisition of the UK and Irish businesses of the Campbell Soup Company.

Premier Foods plc (“Premier”) today announced the acquisition of the UK and Irish businesses of the Campbell Soup Company (the “Business”) for £460 million on a debtfree, cash-free basis.

The transaction is subject only to shareholder approval.

Premier is financing the deal through a £450m rights issue, the largest rights issue in the consumer sector for many years.

The Business comprises iconic British brands in 11 branded categories including OXO; Batchelors Cup-a-Soup, Pasta ’n’ Sauce, Supernoodles, Savoury Rice, Farrow Peas; and Fray Bentos canned pies. The Business has annual sales of £263m of which 94% is branded and the acquired EBITDA is £54m.

Spayne Lindsay was involved at the outset in bringing together the principals to discuss a possible combination of Premier and the Business and continued to advise Premier jointly with Rothschild throughout due diligence and negotiations in what was a competitive auction for the Business.